Susan Roothman has practiced law since 1993. Prior to immigrating to Canada in 2002, Susan practiced in South Africa in the areas of family law, personal injury law, medical malpractice and general civil litigation.

She was the founding partner of Roothman & Roothman Attorneys in Cape Town. Prior to her legal career she held an academic research position in political science at the University of Stellenbosch. She also served as an officer in the South African Defence Force (Permanent Force). She was later appointed to the rank of Major in the Reserve Force.

Susan has extensive litigation experience and appeared in the Supreme Court of Yukon and the Court of Appeal. She also has experience in appearing before tribunals and served as legal counsel to the Yukon Human Rights Commission for a few years before she returned to full time private practice, practicing in partnership with André Roothman.

Susan was lead counsel in a case where she acted for clients who successfully took the Yukon Government to court on a judicial review of a land allocation. She has also achieved success at trial in a medical malpractice case for a client whose doctor failed to detect the presence of a migrating IUD that caused her severe pain for many years. Most of her cases settled at mediation or judicial settlement conferences where she obtained significant settlements for clients in personal injury cases, some of those for multiple times the amounts that the insurance companies initially offered directly to the clients.

She represented families of people who died in police custody and in Territorial institutions at Coroner’s Inquests. She also represented those families in subsequent wrongful death claims against the RCMP and Yukon Government. Her involvement in one of the Inquests was instrumental in the closing of holdings cells at the RCMP Detachment in Whitehorse. A selection of cases in which Susan was involved can be accessed below.

Susan focuses her practice on personal injury cases other than motor vehicle accidents, medical malpractice cases and family law. She also practices in the areas of general civil litigation and administrative law.

She is an avid photographer and her photographs have been showcased on several international digital exhibitions. A selection of her work can also be seen our Kelowna office. 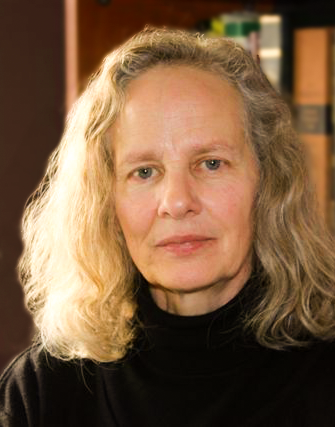 Representing a Yukon First Nation in an appeal by the Chief Coroner against a decision of the Supreme Court that an Inquest into the death of a citizen be held. Court of Appeal ruled in favour of First Nation.

Representing a Yukon First Nation in an application that the Chief Coroner hold an Inquest into the death of a citizen who died as result of failures in the health care system. Supreme Court ruled in favour of client and ordered that Inquest be held.

Representing a member of a Yukon First Nation, seeking judicial review of the Coroner’s Inquest proceedings. Court ruled in favour of client and held that the process was flawed.

Representing Yukon Human Rights Commission in opposing application by Town of Faro to have investigation report dismissed. Court held in favour of client.

Representing clients against Yukon Government in application for judicial review of a land application to accommodate a septic system. Court ruled in favour of clients.

Representing the Yukon Human Rights Commission against allegations of bias

Get in touch with our team of lawyers

Access to justice is becoming problematic for many people, due to the increasing complexity of the law and the resulting ever increasing legal costs. We try to make justice accessible to you at reasonable costs.